Warning: A non-numeric value encountered in /home/customer/www/keenepops.org/public_html/wp-content/themes/Builder-Cohen/lib/builder-core/lib/layout-engine/modules/class-layout-module.php on line 499 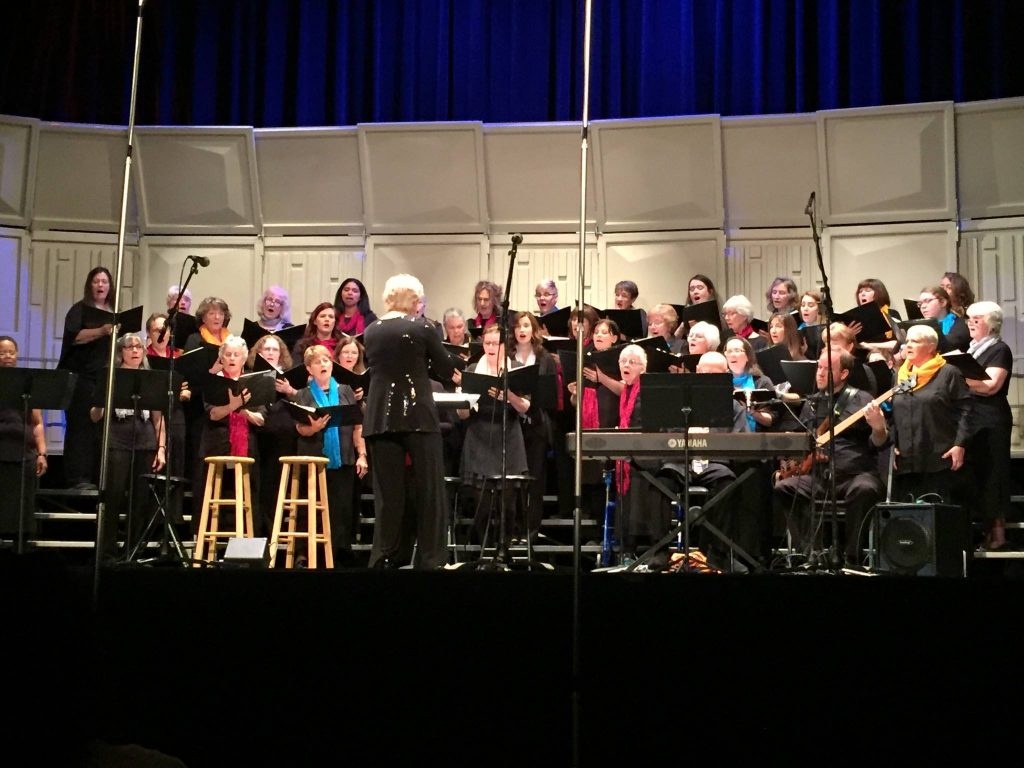 The Greater Keene Pops Choir is thrilled to be celebrating 40 years. This non-profit 501-C3 community choir offers non-auditioned volunteer singers to perform and audiences to listen to all genres of American music in a mixed choral setting. Performers, beginning at the age of 18 come from towns located in Vermont, Massachusetts and the greater Cheshire and Hillsborough County. The number of members has ebbed and flowed since 1979 with the choir starting out with 27 members, increasing to 100 members and now averaging out at 70. The organization continues to attract new and younger members each semester

The choir was founded by Al Thrasher in 1979. His artistic vision was that by offering a venue that brought singers together united simply by their love of music would be embraced by the Monadnock Region – and it has. Al was a vibrant, artistic and thoughtful participant in many activities and service organizations in the Keene Community. His passion for the arts became very evident in his hard work and dedication to establish this community choir.

Hubert Bird joined Al and became the conductor for the choir. Together, with Rene Brosseau as the accompanist, 27 individuals participated in the choir’s first performance. Hubert Bird remained as the choir’s director until 1995. Under his direction the choir continued to evolve and learned what it meant to be a choral ensemble. He became well known for composing choral music and the choir often had the honor of introducing the community to some of his musical arrangements. He was a professor at Keene State College from 1994 through 1997. During his tenure at Keene State and work with various choral groups, he received numerous awards and recognition for his inspiration and teaching abilities. Hubert recently passed away in November, 2018. But rest assured his work and legacy will continue on in many venues, including with the Keene Pops.

Jean Nelson graced the choir as their conductor in 1995. Her tireless commitment, talent as a music educator, involvement in community theatre and choral groups guided the choir to the next phase. She strengthened the choir’s foundation, introduced the group to different performance opportunities including performing aboard and collaborated with other community groups. Jean has received several local and state awards for her dedication, compassion, hard work and love of teaching and she enthusiastically brought these qualities to the Keene Pops, for which we are very grateful. Even today Jean’s passion for music never fades as she continues to support other musical venues in our community.

Over the past six years, the choir has been under the direction of Diane Cushing, with Walt Sayre as the accompanist and Tracey Borden in the role of Assistant Director.

Diane is the Founder and Director of The Greater Gardner Community Choir, a group that the Keene Pops has had the opportunity to perform with. She taught at all the schools in Gardner for 16 years and recently retired from Keene State College after 20 years teaching. She has performed as a soloist with many choral events, including The Bach Society, Monadnock Chorus, Nashua Symphony and The Masterworks Chorale of Boston. She was also a member of the Boston Baroque. Diane’s experience as a conductor along with her energy and teaching methods are strengths that she brings to the Keene Pops. She is a believer that music feeds the soul and demonstrates that at every rehearsal and performance. Each semester she introduces us to another skill to help us appreciate the music that we are singing and learn from each other.

Walt Sayre started his musical career in the New York metropolitan area earning bachelor and master’s degrees from Manhattan School of Music. He is currently the music director at St. James Episcopal Church in Keene NH having retired from a thirty six year music teaching career in New York, New Jersey, and New Hampshire. Walt has been featured on piano, organ, trombone, and voice. The Keene Pops Choir is very fortunate to have Walt as part of the musical team. His versatility with music and various instruments are true gifts. Walt’s patience, sense of humor, compassion and appreciation for all music genres are qualities he demonstrates all the time.

Tracey Borden is the Music Director at Asbury United Methodist Church of Chesterfield. A native of Ohio, she began singing in church services at a very young age and performed in music and drama throughout her high school career and into college. She currently enjoys performing as a soloist in both worship and secular settings, and has been featured in local shows including Just Desserts, Colonial Follies, and Keene Idol. Tracey is inspired by many musical styles, but considers gospel and pop music to be among her greatest influences and has enjoyed directing some of the Pops’ more rousing numbers.

With a Board of Directors committed to being strong financial stewards and creative approaches to funding resources, Diane, Walt and Tracey concentrate on taking a group of folks who just love to sing, stretch us beyond our comfort level and it all comes together. A sense of community within the choir has strengthened its commitment to embracing and presenting music genres, past and present. It is hoped that under their continued direction the choir will continue to be fun, engaging and help move the Choir into the next forty years. 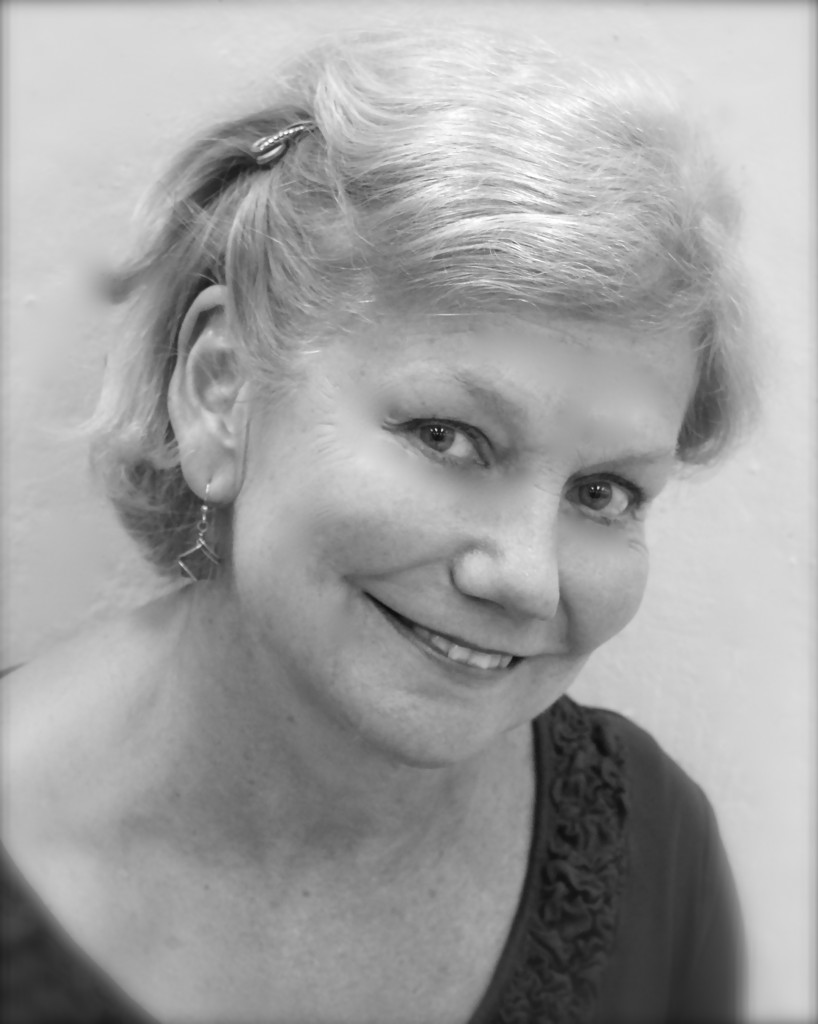 Ms. Cushing teaches Voice at Keene State and also in her Private Studio in Gardner, Ma. She directs and sings in the Music Ministry at Bethany Baptist Church in Gardner. She received her musical education at Anna Maria College, and received a Graduate Assistantship in Choral Conducting at Syracuse University and later completed a Master’s in Vocal Performance at Boston Conservatory.

She has adjudicated several Music Festivals in New England and has conducted the NH All-State Women’s Chorus. She is a frequent performer in the Keene State College Faculty Recital Series. She was a member of The Boston Baroque, and has been heard as soloist with The Masterworks Chorale of Boston, The Cape Cod Chorale, The Bach Society, The Hamilton Baroque Ensemble, The Thayer Symphony Orchestra, The Monadnock Chorus and The Nashua Symphony orchestra. Some of her favorite collaborations have been with Virginia Eskin, featuring music by Amy Beach, and ‘A Musical Soliloquy’ with Keene State College Professor, Ted Mann on lute. She has performed American music at Queen’s College, New York and at Newberry College, South Carolina in their Recital Series. She recently performed in Cornish New Hampshire for their 250th Celebration at St. Gaudens.

Tracey Borden joined the Pops in 1998. She is the Music Director at Asbury United Methodist Church of Chesterfield. A native of Ohio, she began singing in church services at a very young age and performed in music and drama throughout her high school career and into college. She currently enjoys performing as a soloist in both worship and secular settings, and has been featured in local shows including Just Desserts, Colonial Follies and was a member of the cast of Godspell in the United Church of Christ’s 2016 production. Ms. Borden is inspired by many musical styles, but considers gospel and pop music to be among her greatest influences and has enjoyed directing some of the Pops’ more rousing pop and spiritual numbers. 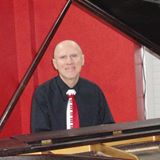 Professionally, Mr. Sayre has been featured on piano, organ, trombone, and voice. His music has been influenced by such greats as Bill Evans, Urbie Green, Nat King Cole, and Billy Joel. Mr. Sayre has performed extensively throughout New England for over forty years.

Our Board of Directors